YUKI is a new upbeat mix of bullet-hell and roguelike game in VR! Enter a kid’s wild imagination and fly through an anime universe controlling Yuki’s action figure. Dodge bullets and obstacles, while fighting evil forces. Enjoy this new experience and one of the best games releases of 2021! 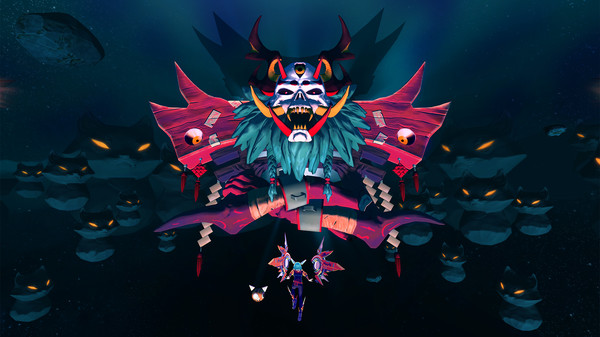 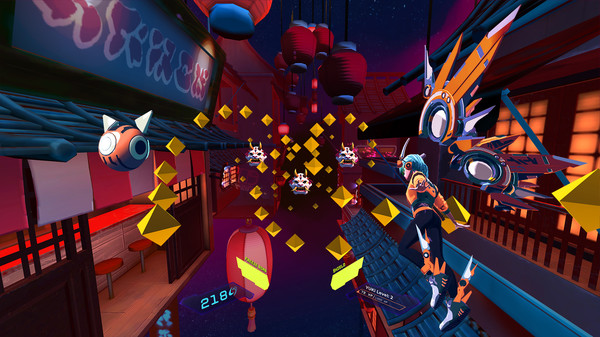 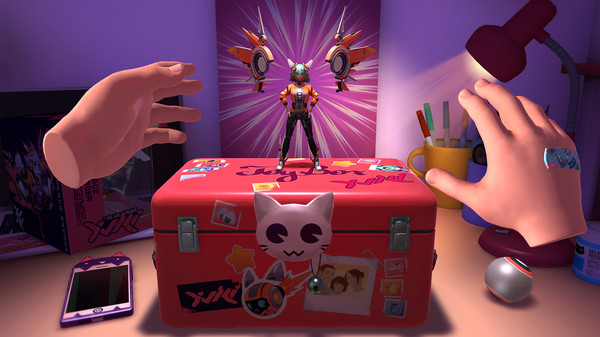 YUKI is really pleasantly surprised, this is a carefully crafted Rogue-Like and Bullet Hell game.
For VR, this means you will be surrounded by psychedelic visual effects.

With VR controls, instead of using a gamepad like the traditional bullet hell game, you can dodge bullets with extreme precision.

Regarding the game itself, it has good progress between levels. Although the missions in the main battle are like gangsters, different obstacles and enemies will definitely be different.

Plus you can unlock different powerups and find ideas later in the game.
To unlock them, you need to collect blue marbles, and then use them to pay for the unlocking fee after you die, so there is a balance between the energy boost used in the current run and the energy unlocked to gain new energy in the next run. The run is available .
You can also unlock different suits for your characters, providing you with different shooting methods and special shots.

The only thing I can complain about now is that if compared with other existing Rogue-Like, these kinds of things seem to be very few, but I must also admit that I am playing BLAST.

Especially Psytrance music is very suitable for these crazy visual effects and actions.
The sense of scale of the boss and the surrounding world is another kind of fun I haven’t thought of and liked so far.

This is some gameplay mixed with psy, here you can see the suit change after 1 death, you can see different shooting methods, different levels, 1 boss battle and a lot of psychedelic situations 🙂